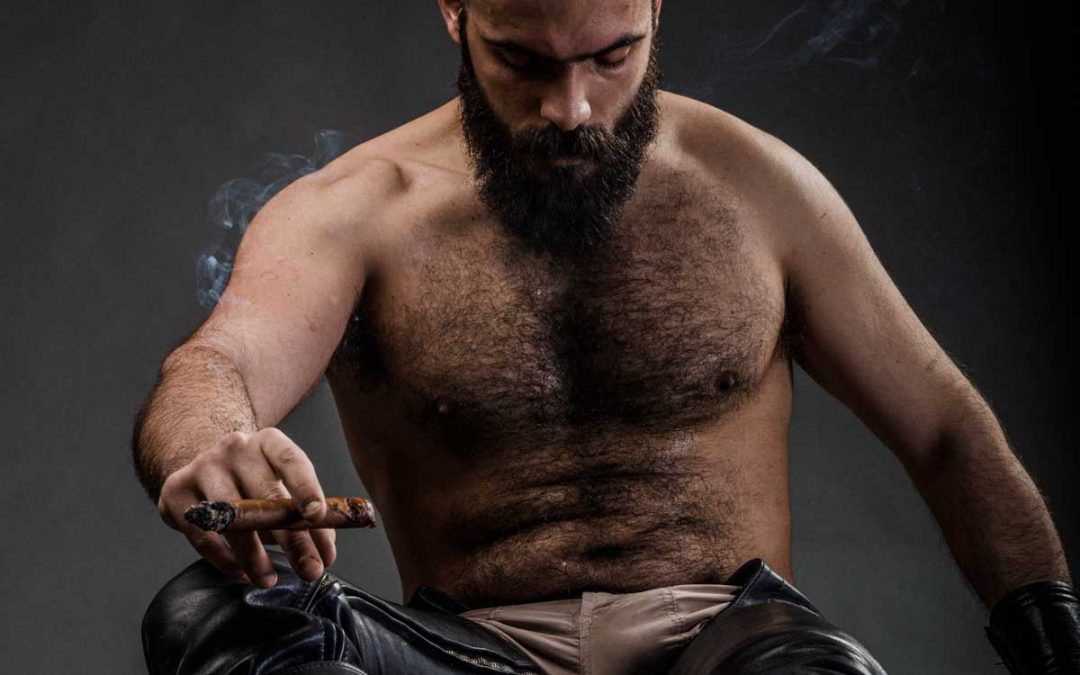 I have been developing a deep friendship with another Old Guard MASTER from Texas, who just happened to relocate nearby Our family in Italy recently. As WE started to see each other more and more often, HE was able to heal some deep wounds in me, like no one ever could; and HE is going to be the start and endpoint of a new chapter, of a new life, of a new ME: TH BEAST 032122.

I’ll try to explain this all as it follows:

Sure, in my training years, I got locked away, fucked, fisted, used, and through the training beaten, whipped, I’ve bled, I’ve learned many many techniques, and have trained several men myself (you can recognize these men around the world, as they wear my tattoo on their skin forever).

My husband, my MASTER at the time, told me that my destiny was to be a great MASTER myself and take over the Family when He would have passed one day. He told me that while the scene was completely watering down (while at the time it was watering down, now it’s a whole worse excuse for a mess). It would have been my responsibility to give my two cents to better the situation and maintain Traditional Leather Culture in whichever way I could.

Being the man of honor I am, I took this vow as a life mission. To me, the life of a MASTER is a life of Service; I have been in Service and on Duty for Leather for the past 16 years. That’s why “LeatherBigWolf” exists in the first place. That’s why I’ve used my looks and body as a tool to attract people and hence the porn years with Cazzo Films. I wanted to reach as many men as possible and bring them inside Haus Mein Gott. I wanted them to discover what a real Leather Family looks like with real people who live the lifestyle daily and not just as a weekend hobby. Not that my online presence was in any way fake, everything has always been 100% real and unstaged, but it always had one higher purpose.

Every blog post, every online fight with the worst possible people in the GLBT space (radical nazis, sash queens, and so on), every movie posted; all of this required an enormous amount of time, psychic energy, and work. I do not want to stop after so many years or take this website down. I would never give it up. I also have to say that I’ve received so much good energy back from hundreds of men who wrote me constantly through the years mail and messages of thanks, support, and esteem. I thank You all for this. You have been an enormous support. All of You who commented wrote mail, and more. Thank You. This journey that You Brothers have shared with me is one, if not the essential part of my life, as I know that some of you truly understood the passion and honesty behind all of this work.

For all the pain and the noise generated by ugly, evil, and sad toxic opposers (people who hate anything different from their opinion and agenda, and they are the “highest” representatives, in the public scene, of this “community”), I have received ten times more support privately, and also publicly in determined contexts.

I have trained many men, and still, I will mentor men in one way or the other, but I start feeling I have paid my dues to Leather. I have given my whole existence to Leather with the responsibility, dedication, and integrity I demonstrated as a MASTER. I also feel I have not received enough symmetrical commitment from my subs to justify such a continued energy investment. However, I am an Old Guard Leatherman, and this will never change. No one will ever be able to ruin the sanctity Leather has to me.

But, it’s time for a new chapter. It’s time to dedicate all of this energy to my closest family and myself. There is only so much I can do for people who want to learn about Leather. Creating and maintaining this website require considerable time and economic investment. Eventually, we all have to ride our bicycles. The necessity for change has become increasingly clear to me through my relationships and experiences with the last two subs I have trained. (subs whom you all know from this website.)

This journey was never about LeatherBigWolf nor about MASTER LUPUS, which was the physical manifestation of my soul as I walked upon this path. I never wanted to be some sort of Leather superhero to jerk off to, nor to accumulate groupies from around the world. It was all about Leather, Honor, and Integrity. It was about you, the readers, having the chance to live these values in your own lives. Finally, Haus Mein Gott is my gift to inspire you all to LIVE Leather and to believe in it instead of imitating the appearance of something that no longer exists.

Bright, short bursts of energy in the Dark

I see the consequences of this degeneration all the time. So many subs crave submission and treat you as their God on Earth until you start to take their submission seriously and show your respect for their commitment by taking decisions that align with your goals for the development of the sub, but which fall outside of the bucket of their fantasy life. It’s exhausting to demonstrate respect for those who finally cannot find the self-regard that their commitment requires. These intense episodes of play-acting at submission are tempting to believe in and finally crushing to see evaporate before your very eyes.

I am tired of these bright short bursts of energy in the Dark. I long for sustained fusion. 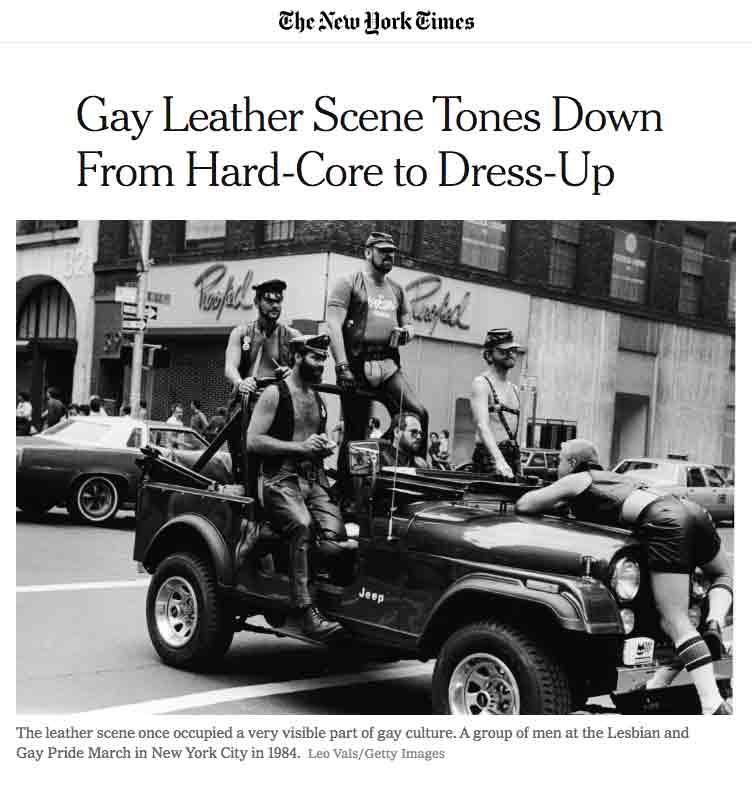 Yes, this is a question of identity. But it’s not about roles or positions. It’s about having zero tolerance for bullshit. It’s about being committed, serious, disciplined, and absolute through PROTOCOL. It is about emotional, physical, and cognitive performance and strength, without mercy for anyone, myself most of all.

This evolution doesn’t mean that I am taking a step back from anything I have taught. Safety is always crucial. That’s why MASTERS must abide by strict training and protocols. Those lessons have been proven by decades of experience of other men over time. Consent is equally crucial. Without consent, submission doesn’t exist, and there is only abuse. What BEAST cannot accept any longer is the endless and false compromises. Since there seem to be no subs left who can submit without condition, BEAST will be the no-compromise, no bullshit BEAST of ALPHA SADIST, THE OBJECTIFIER.

Let’s start this straight. BEAST in raw power mode is no fit candidate to be a MASTER for the simple reason that a BEAST cannot fully control that power. Till now, I have been the MASTER of my subs and simultaneously the MASTER of the BEAST inside of me. I have kept that chain secured and tight with more strength than you may imagine. Every time I have picked up the whip, I have maintained an absolute leash on myself. That self-control has gone well beyond normal BDSM. I have applied this same architecture of internal discipline to every activity I participated in as a Dominant. I have ensured that my Domination was never an end in itself but continually expanded the sub’s personal growth. I have used these tools to increase my sub’s accomplishments, progression in the Leather Journey, and to teach and inspire people.

I cannot accomplish these things if the BEAST is loose because the BEAST has only the hunger of a BEAST.

Simultaneously, the more MASTER LUPUS was growing fatigued, the more the BEAST was starting to take over.

I have never endangered any sub. Anyone who has ever served me will confirm that. But, I have decided that MASTER LUPUS needs to take a vacation for a while. This vacation doesn’t have an end date.

Of course, I might never have taken this critical decision unless the perfect opportunity presented itself to me. However, the opportunity was given to me when I started meeting more and more often with MASTER OBJECTIFIER.

MASTER OBJECTIFIER and Our Leather Family

MASTER OBJECTIFIER (from now on “MASTER“) is from Texas and is a very private person. So it’s unlikely that you will get to see HIM on the website, but this is up to HIM, not to me (BEAST from now on).

MASTER is older than BEAST and has lived all over the States and in many other countries of the world. HE has enough experience to witness and confirm what is written in this blog. THE OBJECTIFIER doesn’t live by strictly traditional Old-Gaurd Protocols and has devised versions of HIS own that better suit HIS vision. But THE OBJECTIFIER’S PROTOCOLS are merely branches of the same Old-Guard Leather tree.

MASTER is perfectly integrated with Our Leather Family and has brought HIS husband into Our family. MASTER’S husband is a fantastic man that BEAST is proud to love, protect, and who loves BEAST profoundly too.

THE OBJECTIFIER is a merciless ALPHA SADIST, and BEAST is not HIS slave. BEAST is HIS ALPHA BEAST and will still handle slaves, objects, and sub-humans in SIR’s possession and at HIS discretion. BEAST will serve HIM and whomever HE designates in any way HE chooses, at any time and place HE chooses. BEAST was given no limits.

BEAST formally becomes the PROPERTY of THE OBJECTIFIER from 00:01 GMT+2 03.21.2022. Hence, BEAST new name, TH BEAST 032122. The TH stands for Trans Human, a mix of ANIMAL and HUMAN DNA that transcends mere humans. This is how MASTER views HIS PROPERTY. Hence, BEAST is more commonly in Low Protocol called just “BEAST” or sometimes “032122“.

True submission means letting go of all that you know, taking a completely different direction, not knowing what will be what. As in the BEAST case, that might even mean a significant impact on a reputation IT has built worldwide. None of that is more essential or too substantial to sacrifice. So either you submit, or you don’t.

In terms of BEAST role, that is entirely up to MASTER OBJECTIFER. BEAST doesn’t know exactly what will happen, and that’s ok. BEAST knows that MASTER likes BEAST the way IT is, with BEAST ALPHA personality intact, under control, but not tamed. BEAST is not a pet. MASTER makes clear that HIS agenda includes considerable transformation and evolution.

BEAST will go back to writing in the first person out of the feeling of friendship and love IT feels for the men who have known BEAST and this website for a long time:

So, Brothers, I know this is shocking to some, a disappointment to others, and that some of you are jerking off right now. However you feel about this, remember that I’m always me, and that I will continue writing and sharing what I’m doing, what WE are doing here.

I hope I have managed to help and guide enough men, and I’m sorry for the ones I couldn’t get along with. But I am closing this chapter now, and I’ll keep being in touch with all of you with no problems when we cross our paths online 🙂 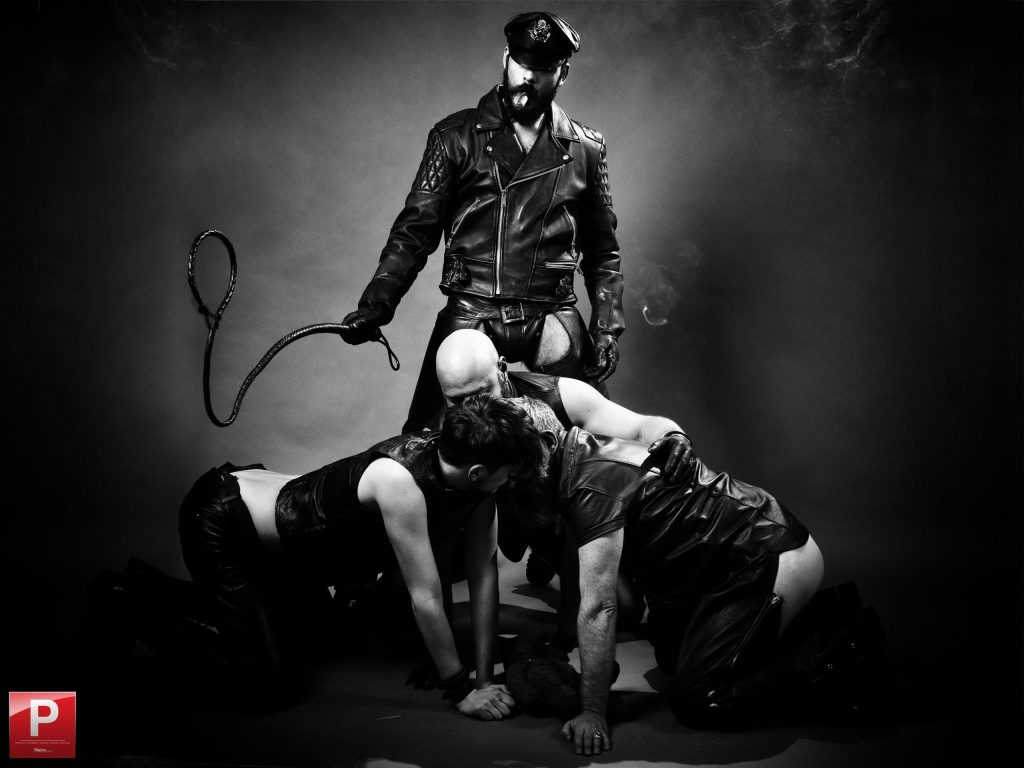 WOULD YOU LIKE TO
STAY WITH US?
We typically send out a Newsletter a month, only when new content is out. No Spam, no bullshit.
Trustpilot