He walked into Pussycat Bar in his Rubber bleachers and top, shiny and smiling. We introduced each other, as he took a thick cigar out of his pocket.

“Finally a smoker, after all this a shooting for Berlin Cigar Men!”. Is not like I could have stick one of my Partagas P2 out and take selfies around. But the positive impression was actually fulfilled by a charming, kind and friendly man who sat in front of me and made the shooting easy and fun. As I was trying to depict his persona better, I asked if he felt more as a Dom or as a sub, or if these dynamics were not important to him or not set in stone. He said “I’m more of a Dom”. It felt awkward as I realized that I still had the collar that DAD put me on in New Action, on my neck.

But that interaction broke the ice even better, and the pictures are the result of our brief encounter.

During the shoot his husband arrived to drop something off, and I got a picture of them together.

Till next time, it was a pleasure! 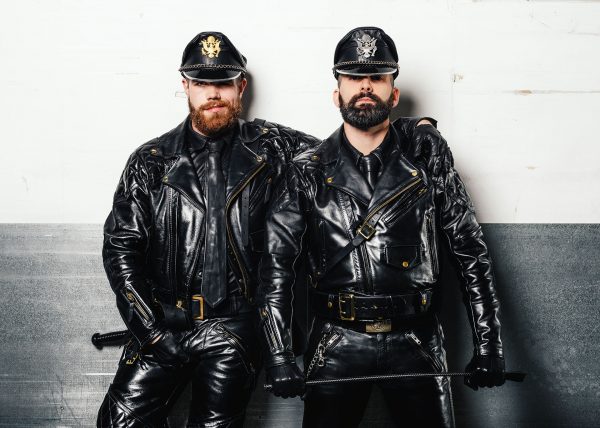