Primal. I am the BEAST.

Note: this article is filled with hyperlinks with useful informations. Do click on the greyed bold words to follow the reading in it’s hyperlinked references.

k9, dog training, pup play. These are all terms quite known in the BDSM – Fetish community (more in the second one, actually). but it has always been something quite narrowed down to a selected minority inside the vaste world of fetishes. It is a pretty common practice that Masters like to objectify their subs and slaves, and sometimes make them behave like animals or like they are a different age (diapers, anyone..?). Staying on all fours, moving and barking like dogs, peeing with a leg lifted, eating from a bowl, licking hands and feets, playing ball… and so on. Though this kind of “play” is pretty commonly intended as a temporary game, which stands in the fields of humiliation, control, “Mastering” in general.

Lately the commercialization of fetish (AKA: the killing of all meanings, supported by the thoughtless homologation of fetishes based on “that’s hot because everyone else is doing it” instead of “this is my thing and I want to be my true self sexually”) has bumped up the “pup play” topic. Big time. 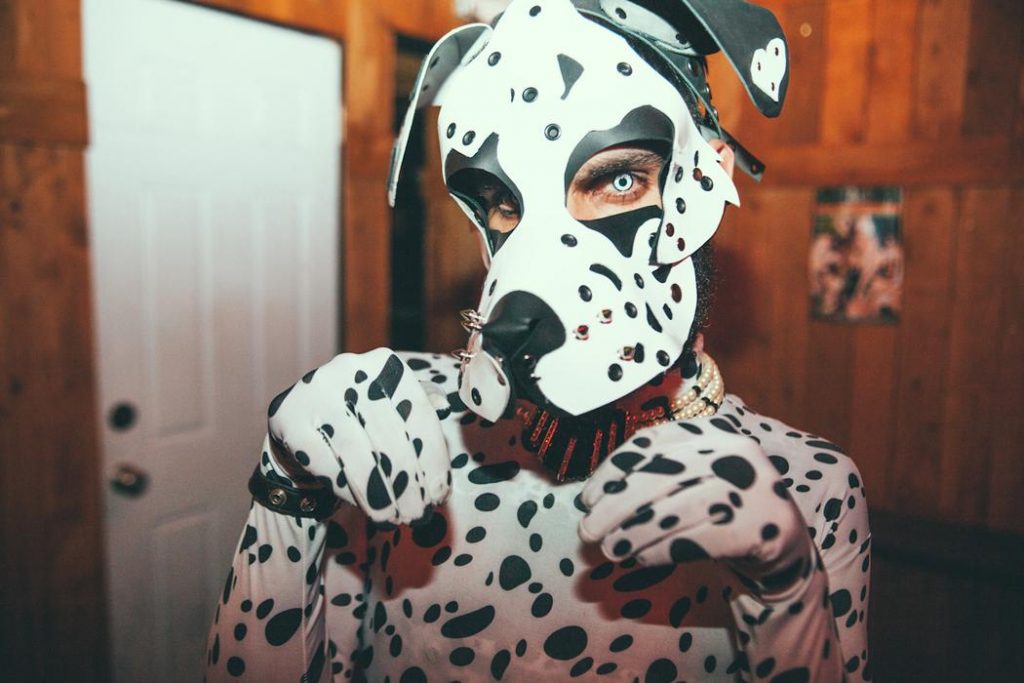 There is also an interesting article by Vice that you can read here that shows how “young gay people” live this kind of game like a fun and not so binding way to explore a little bit o kink, “just because”. The same goes for wearing an harness during a party, or a jockstrap in a Disco. So a few years ago finding “K9 gear” was pretty difficult, as much as it was difficult finding people really into understanding what it is all about. Each shop had one or two dog masks models, a few rubber mittens, some tail plugs maybe, but it have always been some kind of a little (not so commercial worthy) space in the fetish society. Now the thing has sparked up, soared into the sky of nonsense, and everyone wants to be a pup and play about it.

But there is not just those who want some “let’s take it easy, it’s all a game”; there is actually a whole community of people that feel and behave like animals each time that they can.

There is also a huge variety of facets of this kind of kink and interest, and sometimes it is purely non sexual, at least in it’s society-like presentation. This is the case of Furries.

Having said so, there is something very true in all this, and not all the pups, dogs or Wolves out there are bored people trying to do something different. These special people, are Primals.

Being a Primal is about feeling that we are extremely close some kind of animal, and that we like to exploit this closeness by actually impersonating the animal itself (which is not about acting: it is about letting the human side to rest, and just be the animal that you feel you have inside of yourself). The Primal community is very wide and has extremely blurred edges. Some people like to dress up like animals, some other like to behave like animals, some other just like to spend time with those animals. Dogs, Cats, Pigs, Snakes, Dragons, Boars, Horses, Foxes… and so on.

So let’s start with a general definition:

It starts from or it gets to a place where the feelings are primary – pure, raw, animal emotions, sensation and/or instinct. It could be fear, vulnerability, desire, grief, or any profound emotional state. I want to get to a place where words are gone- there may be grunting, growling, moaning, nonsense syllables crying or silence; maybe even all of above. “Primal” applies, as per Merriam Webster, in a way that’s raw, past rational thought, animalistic, instinctual. It’s pure, core, raw emotion without a lot of the sensibility and good training that gets layered over that.

If we start with the basic definition above, then we can think of primal play in the kink context as getting to a place where the masks of our civilized selves can fall away and we can act on our urges more directly, letting ourselves really play, give over to our feelings and impulses. These can be raw, rough sexual feelings, but they could also be joy, silliness, deep feelings of love and intimacy, feelings of deep tenderness, even sadness and grief. “Primal” doesn’t necessarily have to mean “rough”; it’s morea matter of being raw and unfiltered, whatever the feelings are. So, what is the closest being that behaves in this way? Animals, of course.

It is a very fascinating world once you get to know people who really know what they’re doing and what they’re into. And it can be quite scary or dangerous too. In a world were rules, words, contracts and society doesn’t exist anymore, what can be safe? Where can you go without being afraid of not coming back anymore, also emotionally speaking?

Now having said that, I will talk about me instead of the general social / psychological thing.

When I was a kid, I think I was 11 or 12 years old, I always had this fantasy in my mind, this strong wish that I really strongly hoped would have one day come true. I felt that I was indeed a boy, but also an animal. I felt that I was able to transform to a beast like magic, and wonder around the city during the night, coming back home in the early morning just in time to fit into my bed, go back to my human cub form, and being woken up by my parents. Of course I always knew this would not happen, but still if felt like the thing was there inside of me, real, pulsating like a mindblowing erection.

I was always fascinated by Wolves. Actually it was something much more than simple fascination. I remember I would watch tons of documentaries about Wolves, and the more I learned about them, the more I felt close to them. The way their social hierarchy is, the loyalty, the pride, the military way they are strategically organized for hunting, the family, the pack. Everything about Wolves spoke to me like it was calling deep inside of my guts. 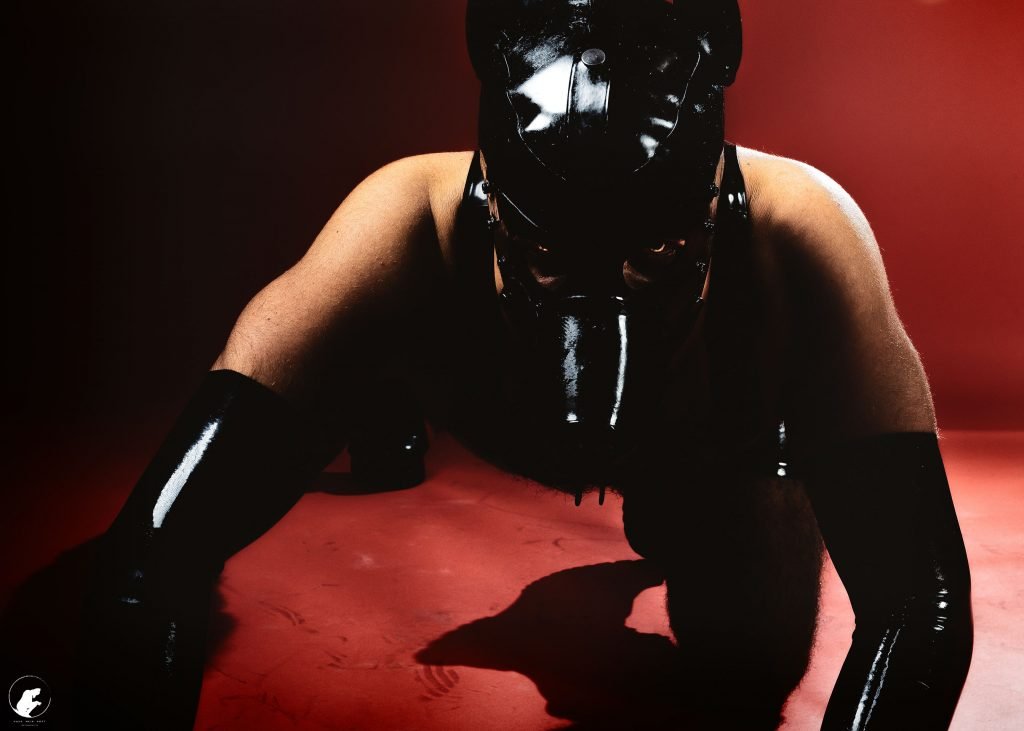 I am the BEAST.

The Master I am is caring. I am a very self controlled and balanced person, I never get high or drunk when handling my boys, I love listening to them, trying to be helpful, and I’m pretty keen to be a father rather than a Boss.

The Wolf inside of me talks to my heart and my human mind makes the best out of it. But there is also the actual animal inside. My boy dirk saw this think only once for a brief while, and he was terrified by it. He named it well, and I decided to keep this name.

BEAST is merely sadist, cruel, craves blood, tears and fear. I keep BEAST in chains all the time, allowing it just a little bit of fun, stretching the size of the chains a bit every once in a while. I am always in control of BEAST, for if it takes over, I cannot control anything anymore until it’s satisfied. BEAST is an extremely capable mindwasher, able to gain your trust and then use it all against you in benefit of it’s amusement. That’s what it does when it’s hunting for fun and sorrow of physical pain. It gets to use all the informations about the prey that Master gains trough talking, and uses those notions as strategical advantage to hurt the target. It deeply enjoys providing pain with bare hands, whips, floggers, and all the sorts of items that can be used in this sense. BEAST can walk and use hands, sometimes also can talk. When extremely comfortable and calm, it will be on it’s all fours.

But this is the brutal side of it. There is also something else down there. I have a Wolf’s heart. I am extremely loyal, caring with my owns, and my natural Dominant role is to teach, protect, guide and mentor them. It is not very easy to talk about it since the core nature of this dynamic is purely instinctual and violent, bare and true. It’s something you got to see in person in order to understand it deeply. So what about what you see in the pictures?

While I am a true leather lover, that goes for my human side. Leather is still something you wear, and wearing garments is something extremely human (read more here about Leather). Wolves don’t need to wear anything else than their own skin and fur and claws. So why latex? I’m not a latex fetishist, but there is something uniquely different about it, when compared to leather.

Leather is something you wear. It can be an armor, it can be a shield, it can be shelter. Latex doesn’t cover you up really, you will still have all your senses. The cold, the hear, the scratching. Everything is right there. But still, latex will be your second skin. Being so adherent and tight fitting, it really feels like a new skin. This helps psychologically in leaving behind yourself your human side, your normal skin. It helps you build up the mood and emotion to get into the feeling of the Beast you want to bring up to life. There is no distraction. You feel like you are in another dimension, and you actually really are.

Another difference is that while leather is dry, stiff and has a strong scent, latex is wet (or at least should be kept wet and shiny with squishy silicone oil), it adapts to any movement of your body, and it makes your own smell stronger. You will sweat a lot inside of a latex suit, and you will ooze your smell and own juices everywhere. This is something latex fetishists usually like a lot; in my case, it helps to bring out the liquid personality I bring inside. Rules are softer, they can be bent, there is no strict code imposed by others, and my body can move freely in the same way. As for what concerns my head: wearing a hood ( in this case a “dog hood” since the wolf fetish is not so common and therefor not commercialized, but I’m working with a very good artisan on my custom Wolf Hood ) of course helps even more, but it’s something not needed so much for me.

Something I do really enjoy wearing though is my contact lenses. It’s not just because of the look they give to my eyes. I actually don’t care about that. But, as it goes for the latex, it helps creating a separation to my usual eyes and a new set of eyes for when I unleash BEAST. Seeing the same world, but trough a different filter; something so simple and so basic really helps me a lot getting in that state of mind, and I also love the vignetted vision it provides to me.

But enough talking for now. Need to get ready for the next full moon (grins).

LeatherBigWolf, 1989. Introduced to the Leather Lifestyle and Sexuality by its husband in 2008, has immediately recognized the deeper connection to what was called the Old Guard Leather Culture and Lifestyle. Since then it became his only way of engaging with Men and Manhood, trying to inspire and educate as many as possible by sharing his own lifestyle, adventures and thoughts on this website. Founder and Creative Director of HausMeinGott.
Posts by LeatherBigWolf