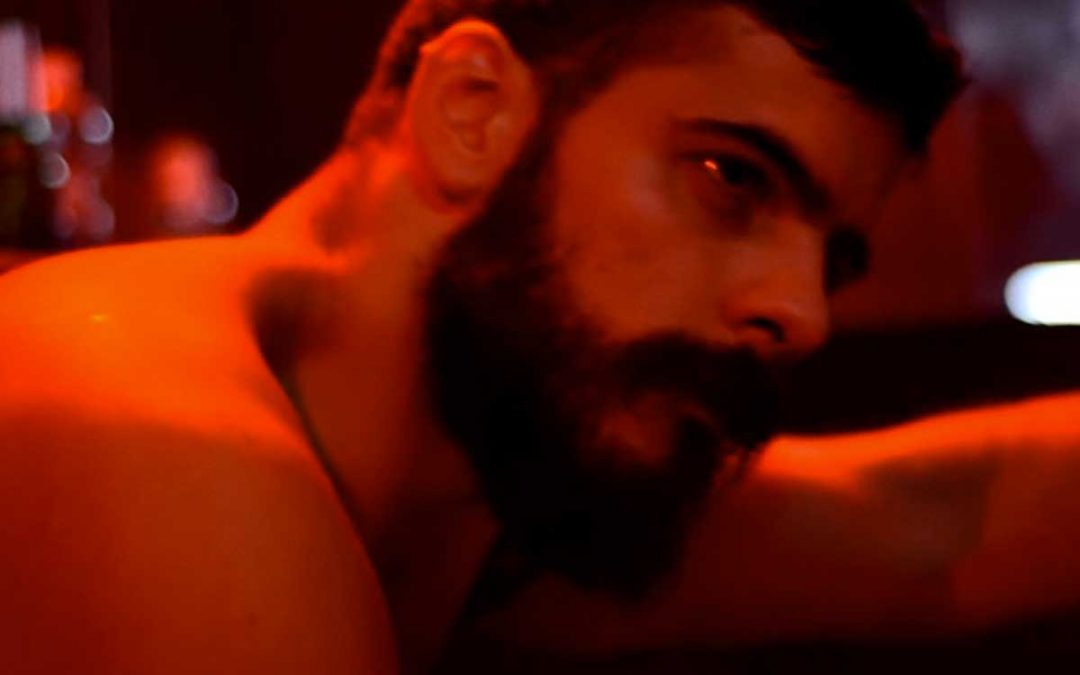 One of the things that was told me once by a man who wanted to be a slave, but who couldn’t manage to go through the very difficult process of loss of the Ego (and whose husband got in the way, while first it seemed to be a non problem), during a discussion in which he was fighting me and wanted release, was: “well you’ve trained many men and look how many stuck with you! Some food for thought there”.

I believe that once it is known and accepted that a man wants to be a Master, he should have a clear idea of what he wants to do with His time on earth, and towards the Leather community. What’s the mark that you’re going to leave? And if you’re going to leave a mark, are you going to do it for your glory (ego-driven Masters) or to serve a higher purpose where you really just play a part in the natural order of things (Spirit-driven Masters)?

Whatever it is that you want to do with your time and the subs you take care of, as a Master you should have a goal in mind, because every sub is different, and out of 100 of them, only one is the right one, possibly, to live together with. To this, you have to add also the fact that just because a sub is a good fit for your expectations for a Long Term BDSM Relationship, that doesn’t necessarily mean you’re the right Master for that sub. If the idea of this hurts, both for a Master and a sub, it means that you still have to work a bit on your Ego, which is still driving your motive, emotions and goals. 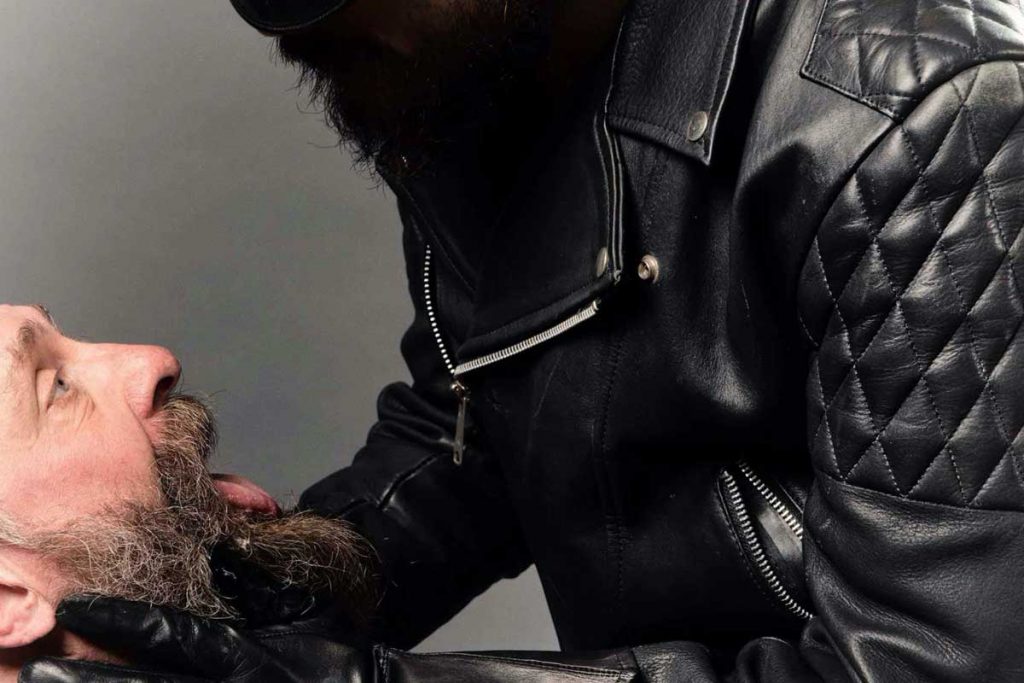 When a Master takes a sub under His care, they often talk about “Training”. Studying contemporary smut about S/m, I’ve noticed that Training seems to be a term now used only for sexual purposes, or for emotional purposes aimed to better “action-oriented” service.

I see slaves trained to be ashtrays, toilets, dogs, footrests, Bootblacks, bondagees, Fistees, and so on. But I almost never hear about the reason for that specific training. Normally a Master in the general gay culture tends to train the slave to his own personal advantage and liking, for no other purpose than his own personal pleasure. In the same fashion, the goal of these Masters seems to be having their Ego nourished by the number of slaves they can display, and having the same ending with all of them: “you come to live with me and we’re going to be Master and slave forever”. I have found this not to be true in Old Guard lifestyle.

In our world, the goal of training isn’t making brides. It’s making Leathermen. Making a Leatherman doesn’t mean making a personal groupie / yes man that will follow every expectation you have in terms of relationships needs. Making a Leatherman means passing through that power and energy, igniting that light inside the subs that was lit up inside of you by your Mentors. It means training them to be strong physically, emotionally, psychologically and to face their fears and taboos (hence, the reason for the physical training and the choice of the kind of training). Making a Leatherman means to know that the goal is to see that he’ll believe in Leather and the values you’ve taught him, even harder than how much he might want to serve you or have only you in his life.

It’s like raising children. At some point, you have to realize they need to grow up and figure out their own ways, and this might not include you as a main character. As a “parent”, your only concern should be being of support and a hearing ear when needed, and correcting them when they are making a mistake, if they still want your guidance.

It fucking hurts a lot.

Especially when as a Master you really wanted that boy or that slave to be YOUR boy and YOUR slave forever, and to build wit him the ultimate, perfect BDSM relationships, when the time to aknowledge that things aren’t working out comes, it’s really difficult to cope with that loss and grief. It’s the loss of a child, grieving a dream, feeling humiliated by the disillusion of the everlasting power you seem to have with everyone BUT that person, and so on. It can be a crippling pain, and unfortunately not many men have the strength to show their feelings and share with a Brother, asking for support.

Unfortunately this kind of tactic doesn’t work, as the internal collar (when there really is one) can be removed only with a gentle hand, and with closure.

But having said this, the pain can be even more excruciating for the submissive, when the decision doesn’t come from him. It can be extremely devastating if the Master doesn’t choose to have integrity and aftercare, and just “dumps the sub”. It can be exponentially more dangerous and painful if the Dom just ghosts out of the blue their slave, to reappear with inconsistent behavior, to then disappear again. This can really kill a submissive’s heart.

The feelings for the sub when the choice to end the relationship wasn’t theirs vary from a sense of lack of purpose in existence, to a sense of defeat and to be a disappointment for himself and everyone around, to the feeling of not being loved and not having the chance to be loved by anybody. Often what is worst is the feeling of offering the softest part of your heart and soul to another man, and feeling dismissed and refused, not valued. This generates extremely toxics feelings of anger, resentment, and despair, as well as as set of unhealthy coping mechanisms (doing drugs, alcohol, becoming an asshole..).

In both cases, wether you’re a Dom or a sub and you’re relationship is over, especially if it’s not over in a peaceful and caring way, there’s is only one thing you need to do: reach out and share to someone who can really understand. Talk about it, cry, discuss and lay down how things went and what does this mean for you.

If you don’t have someone to talk to who can understand, ask yourself what was the goal of that relationship, and try to understand the reasons why this is not working for one of the two sides of both. Then, swallow your Ego once again, and decide to still hold hands, still give hugs and still feel loved by your ex partner, because you’re still Leathermen, you’re still Brothers, and your relationship should now evolve to something different from what you’ve planned, but not in a negative way. It’s really not necessary. Talk about this with your ex partner, accept the fact that you might have to be the one who takes care of the other, although you’re hurt too.

Being Leathermen it’s never just about you. It’s about what we do together, within and out of a D/s relationship.

“The end” is a heteronormative idea

The whole concept of the end of relationship is a very heteronormative idea coming from the assumption that the goal of the relationship is to “last long”, which always made me feel like it means that it’s the difficult thing to do, like if ti wasn’t natural, it’s something to be achieved. And it is true that every kind of relationship, even friendship, requires hard work in the hetero and gay world. But at the same time the idea of a on/off switch on relationships is very, very vanilla and heteronormative and it’s surprising to me how much we had fought to get out of heteronormative schemes, and how much they still affect our happiness, sense of success or failure, and such.

As said, I believe a relationship is successful when it pursue its goals. It’s extremely rare that relationships are 100% static. To be even clearer: slaves, out there there is possibly ONE Master that is THE Master perfect for you and to whole you’re perfect for. I’m not saying that you’ll never find it, I’m saying that it’s perfectly ok to serve other men with all your heart and give full access to your soul, when you feel the right connection. Just because those relationships might change and grow into something different, it doesn’t mean you’ve failed. It’s normal and part of your journey.

For Doms, the same apply. You are not a God. You’re going to be someone’s God, maybe, but this shouldn’t be your goal. The subs mission and servitude you get from subs is the result of your good work in deserving that kind of power exchange, because you must remember have big powers and big responsibilities. It’s not all about you; it’s all about the change and evolution and growth we inspire our sub to achieve thanks to our training. When a sub is ready to move on in his life, even if he needs to move out of your D/s relationship, accept it, and don’t feel defeated. You’re not loosing the sub as a lack of your qualities, unless you have fucked up. In that case, own it and learn through this experience. But also realize that your job in his life as Master might simply be over, because again, this is not about you. 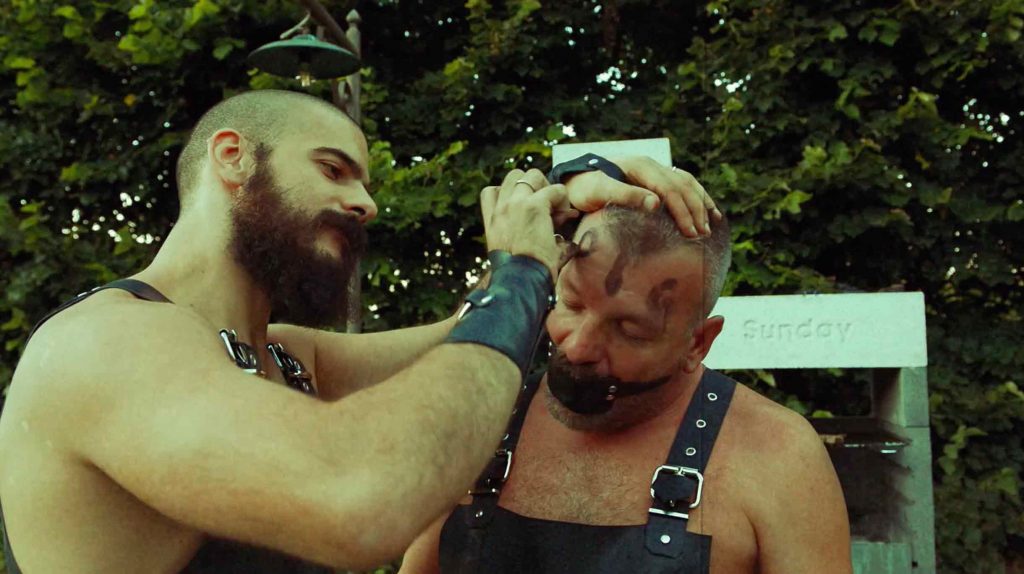 What is not ok is not to have care for one another when this delicate moment comes, so here’s a series of guidelines for Doms and subs:

You have decided to dismiss the sub:

Your sub has decided to be dismissed:

Your Dom has decided to dismiss you:

You have decided to dismiss your dom:

What should define you are the good memories and experiences you’ve made thanks to one another, and you shall carry on like Brothers do. 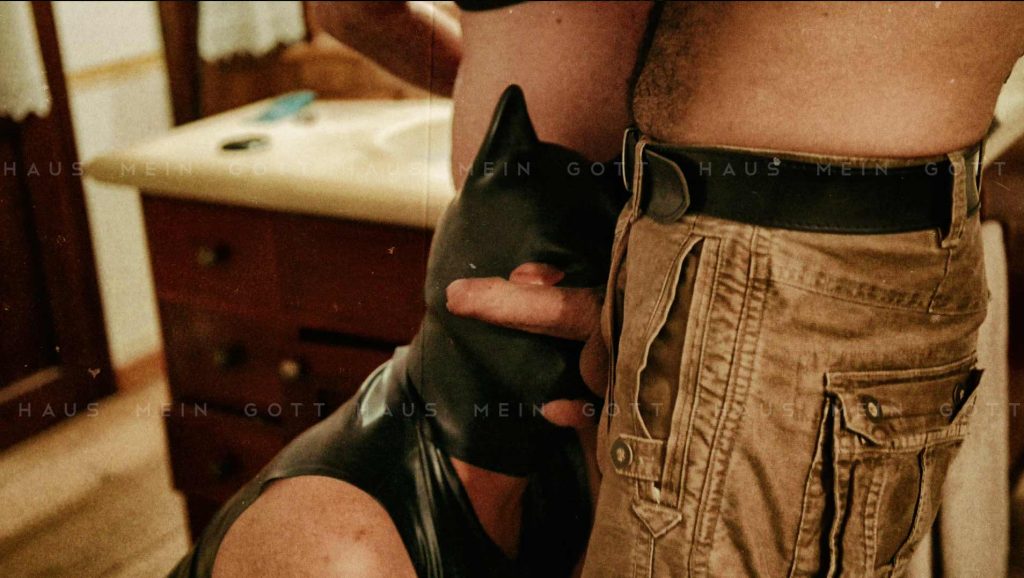 slave bo talks about his search for an Old Guard Leather Master, which seems difficult nowadays.. until now.